“Beat Macabre” a ten track trawl through what the band describe as ” a journey through the deepest parts of the body, mind and soul combining words, heart felt sorrow and despair with utterly violent brutality to form an intricate web of feelings and emotions”. It is a fusion that blends punk rock attitude, 60`s beat with surf rock and bubblegum – it is an album that is both passionate, great fun yet almost insanely twisted at the same time. It is a super charged Molotov cocktail of sweat and abandon delivered in a formidable and furious fashion.

Hailing from Nottingham, this Anglo / Portuguese hyperactive band have been ripping up the garage rock market throughout Europe since 2007 on numerous headline tours as well as guest slots with the likes of 80`s Matchbox B-line Disaster, Kid Congo, The Ghastly Ones, The Oblivions, Electric Eel shock and The Bambi Molesters where they got to indulge their love of all things garage rock, 60`s soul, 70`s punk and surf rock. Press on them has been universally positive from magazines like Classic Rock, Shindig, Vive Le Rock and European mags like Uber Rock and Mudkiss. Their growing reputation has led to regional BBC Radio sessions as well as Spanish and Portuguese radio and TV appearances.

Their debut CD “Introducing…..” was released in 2008 and did so well the band received many offers from labels to appear on vinyl singles and compilations but it was with the release of “In The Shadow Of The Beast” in 2011 on Dead by Mono Records that things really took off, the album also cracking the U.S. college market and radio. Its success led to several festival appearances last year in Germany, Switzerland as well as the Hogaza Festival in Granada and a residency in the legendary Berlin Bassy Club. 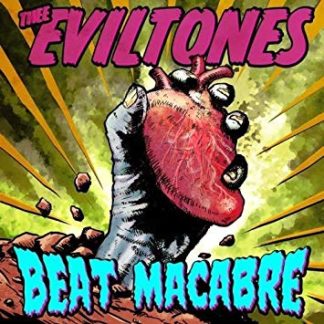